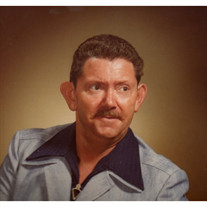 Albert William Sutton of Cadillac died Monday, July 25, 2011 at his home. He was 77. He was born in Flint, Michigan April 30, 1934 to William James and Nellie (Faulkenburg) Sutton. He married Carol Beers Nov. 24, 1959 in Chicago, IL. She preceded him in death January 3, 1976. Mr. Sutton moved to Cadillac and the Mesick area from California in 2001. He worked in Flint at A.C. Spark Plug and at Kith Haven Nursing Home and as a carpenter remodeling and building homes retiring in 1975. He was a member of Cadillac Moose Lodge #531 and loved to fish, hunt and travel around the country in a semi truck with Dan. He had three Pekinese dogs and enjoyed them. He was veteran of the Korean War serving in the U.S. Army. He is survived by his daughter, Deborah Sutton of Fairview, Oregon, grandchildren, William Trowbridge of Vancouver, WA and Elizabeth Trowbridge of Cadillac, a great-granddaughter Sera, in-laws: Ellen (Steven) Slama of Flint and James (Carol) Beers of Florida, an Aunt, Therissa Sutton of Copemish, cousins, Dan and Bev Sutton of Manton, Mary Brown of Yuma, Carol Peterson of Copemish and Diane (Bud) Williamson of Indiana. He was preceded in death by his parents, a son, David, daughters, Patti and Judy, sister, Ilene Wesley, uncles; Floyd Sutton, Roy(Mable) Sutton, Howard (Anna) Sutton, C.J. Sutton, Swede Sutton, aunts; Daisey (Harry) Leatherman and Annie ( Germo)Henline, and father and mother- in- law, William (Roberta) Beers. No services are planned at this time. Burial will take place at Flint Memorial Park in Flint, MI. Memorial contributions can be made to the Family or The Humane Society for No Kill Shelters. Arrangements are being made through Peterson Funeral Home, Cadillac. An online guestbook is available at www.petersonfh.com

Albert William Sutton of Cadillac died Monday, July 25, 2011 at his home. He was 77. He was born in Flint, Michigan April 30, 1934 to William James and Nellie (Faulkenburg) Sutton. He married Carol Beers Nov. 24, 1959 in Chicago, IL. She preceded... View Obituary & Service Information

The family of Albert William Sutton created this Life Tributes page to make it easy to share your memories.

Send flowers to the Sutton family.