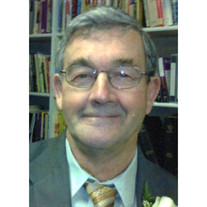 Benjamin I. "IkeÃ¢â‚¬Â Edwards of Lake City passed away Tuesday, November 26, 2013 at his home. He was 76. He was born October 16, 1937 in Cadillac to Frank and Erma Ruth (Warren) Edwards and they preceded him in death. On June 21, 1958 in Cadillac he married the former Eleanor M. Elenbaas and she preceded him in death on July 18, 2001. Ike graduated from Cadillac High School in 1958. He worked as a bus mechanic for Cadillac Area Public Schools for 37.5 years until retiring in 1999. He was a member of the Jennings Community Church and helped build the new church from the beginning. He enjoyed fishing, woodworking, hunting and photography. He was a great grandfather to a lot of children. On February 14, 2002 in Manton he married the former Jane A. (Anderson) Brunges and she survives him along with his sons: Jerry (Dianna) Edwards of Irons, Ronald (Cheryl) Edwards of Cadillac and Richard (Beth) Edwards of Manton; stepchildren: Bonnie (Gary) Tiemeyer of Grand Rapids, David (Vicky) Brunges of Pierson, Brenda Davis of Caledonia; step daughter in law, Barb Brunges of Greenville; eight grandchildren; four great grandchildren; ten step grandchildren; 23 step great grandchildren and sisters, Carol V. Ater of Irons, Patricia A. (Lee) Corn of Cadillac. In addition to his parents and first wife he was preceded in death by a son, Paul I. Edwards in 1969 and a step son, Bernie Brunges in 2013. Funeral services will be held 11:00 a.m. Saturday, November 30, 2013 at the Jennings Community Church with Reverend Larry Shetenhelm officiating. Friends may meet the family from 2-4 and 6-8 p.m. Friday at the church. Burial will take place at Oak Grove Cemetery in Jennings. Memorial contributions may be made to Jennings Community Church. Arrangements were made by the Peterson Funeral Home in Cadillac. An online guestbook is available at www.petersonfh.com.

The family of Benjamin I. "Ike" Edwards created this Life Tributes page to make it easy to share your memories.