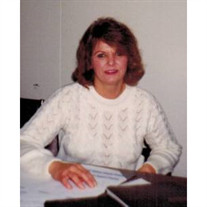 MCBAIN - Carol Anne Burton, of Lake City, went home to be with her Lord on Thursday, Dec. 29, 2011, at Cadillac Mercy Hospital. She was 66. She was born on Dec. 3, 1945, in Dearborn, Mich., to Arden M. and Christine M. (Iller) Mitchell. She was married to Robert Burton on Aug. 13, 1973, in Toledo, Ohio. She graduated from the Detroit Business Institute in 1992 with a bachelor\'s degree in business. She had worked as an accountant for Leo O\'Connel and Associates and worked as a press operator for Avon Automotive in Cadillac. Due to illness, she retired in 2008. She was a person with many talents. She was another Bob Vila, able to do all facets of building improvements. She enjoyed making fireworks with her husband, riding on their Harley together, playing guitar and singing. She loved planting trees and loved her Doberman Pinscher dogs. She and her husband, Bob, did everything together. Her family was of great importance to her. She is survived by her husband, Robert of Lake City; children, Dwayne (Debra) Harvey of Lincoln Park; Debbie Harvey of Roscommon, Roberta (Jeff) Turk of Allen Park; grandchildren, Dayna Rooke, Robert Power II, Crystal Harvey, Joseph Power, Jaclynn Harvey, Devin Turk and MacKenzie Turk; step-grandchildren, Angela Tieppo, Alicia Tieppo, and Joseph Tieppo; 6 great-grandchildren; and a brother, David (Peggy) Mitchell of Manton and formerly McBain. She was preceded in death by her parents and her in-laws, Ed and Adele Plawecki. A memorial service will be held at 10 a.m. on Saturday, Jan. 7, 2012, at St. Stephen\'s Catholic Church in Lake City, with the Rev. Santiago Hoyumpa officiating. Burial will be at the West Branch Cemetery in Missaukee County. A visitation will take place one hour prior to services at the church. Memorial contributions can be made to the Missaukee County Humane Society. Arrangements were entrusted to the Burkholder Funeral Home in McBain. An online guestbook is available at www.petersonfh.com

The family of Carol Anne Burton created this Life Tributes page to make it easy to share your memories.

MCBAIN - Carol Anne Burton, of Lake City, went home to be with...

Send flowers to the Burton family.