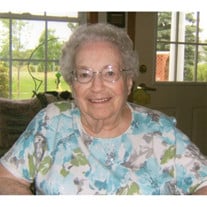 Eloise A. â€œBubblesâ€ Baker of Cadillac died Monday, April 23, 2012 at the Curry House Assisted Living in Cadillac. She was 91. She was born on April 23, 1921 in McBain to Dennis & Laura (Rose) Cotter. She married Ivan Elmer Baker on July 15, 1946 in Wathena, KS and he preceded her in death on May 25, 2006. She graduated from McBain High School and had been employed at the Cadillac Girl Coat and the McBain Grain Company. Later Eloise and her husband owned and operated Baker\'s Western Store in Cadillac for over 40 years. She was affectionately known as â€œBubbles.â€ She enjoyed playing cards, family gatherings and traveling, she spent 17 winters in Arizona. She was a sports fan and enjoyed watching the Lions, the Tigers and the University of Michigan. She was most proud of her family. She is survived by her daughters: Shelia Baker of Swartz Creek, Suzanne (Frank) Phillips of Cadillac, Sally (Russell) Bowen of Cadillac and Jill (Jack) Cooley of Big Rapids; grandchildren: Jeff Phillips, Anna Phillips and her husband, Jon Low; a great grandchild, Luke Phillips Low; step grandchildren: Tammy (Chad) Campbell, David Bowen and Randy Bowen, a step great grandchild, Christian Campbell, a sister Donna (Duke) Silvers of Cadillac and many nieces and nephews. In addition to her husband, Ivan, she was preceded in death by her brothers: Dennis Jr., Manley, Virgil and R.B. Earl Cotter and her sisters: Eudora DuQuette, Marguerite Cook, Patsy Homan and Gloria Stockwell. Memorial services will be held 11:00 AM Saturday, April 28, 2012 at the United Methodist Church of Cadillac with Parish Assistant Judy Coffey officiating. Friends may meet the family one hour prior to services at the church. Her final resting place will be Maple Hill Cemetery in Cadillac. Memorial contributions may be made to the United Methodist Church of Cadillac or to Hospice of Michigan. Arrangements were made by the Peterson Funeral Home in Cadillac. An online guestbook is available at www.petersonfh.com.

Eloise A. â€œBubblesâ€ Baker of Cadillac died Monday, April 23, 2012 at the Curry House Assisted Living in Cadillac. She was 91. She was born on April 23, 1921 in McBain to Dennis & Laura (Rose) Cotter. She married Ivan Elmer Baker on July 15,... View Obituary & Service Information

The family of Eloise A. â€œBubblesâ€ Baker created this Life Tributes page to make it easy to share your memories.