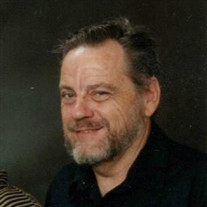 George Franklin “Frank” Lemley, age 76, went home to his Lord and Savior on April 6, 2022 peacefully in his home surrounded by family. George or “Frank” as he was known to friends and family was born in Detroit, MI on December 7, 1945 (Pearl Harbor Day). He was the second son of George Harding Lemley and Violet Vern Cox. He was preceded in death by his parents and brother, James Lemley. Frank graduated from Redford High School in Detroit, MI. He joined the U.S. Navy in 1965 and served aboard the U.S.S. Johnston DD-821 during the Vietnam War. On April 17, 1966 in Detroit, MI he married the love of his life, Polly Ann Hutchinson-Hall. Frank passed 11 days shy of celebrating their 56 years of marriage. After being honorably discharged from the Navy, Frank worked as a maintenance engineer. He worked his way up to Manufacturing Manager with Alpha Steel Heat Treat in Livonia, MI for numerous years until his retirement. Frank and Polly Ann then decided to move up to their property in Cadillac and retire here in this beautiful area. Frank was a funny and caring person. He was a loving husband and father and very supportive of his family. He loved history, especially steam locomotives and lighthouses. He enjoyed working on various projects, especially electrical. Frank loved to camp with his family in the Upper Peninsula and also to hunt and fish. He also taught his daughters and grandson at a young age to also learn the fun of fishing. He did volunteer work and was involved in the early AWANAS program at First Baptist Church of Cadillac mentoring kids. He was a man of God and very open about his faith. He will be dearly missed by so many. Frank is survived by his wife, Polly Ann along with his children, Tina Lemley of Cadillac and Ann Marie Lemley of Sterling Heights; grandson, Justin Franklin (Trisha Wright) Lemley of Sterling Heights; great-grandchildren: Jaden, Silas and Lilliana Lemley; sister-in-law Jocelyn Lemley; nephew, Rodger Anthony Hutchinson Jr.; niece, Kimberly Hutchinson, many loving nieces and nephews, extended family and friends. The family would especially like to thank Janet Hicks and Denny Hicks, along with the caring staffs of Hospice of Michigan and Missaukee Commission on Aging for their help and compassionate care for Frank during his last years. In accordance with Frank’s wishes, cremation has taken place. An online guestbook is available at www.petersonfh.com.

The family of George Franklin Lemley created this Life Tributes page to make it easy to share your memories.

Send flowers to the Lemley family.