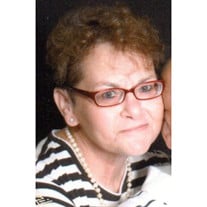 Juanita Kay (Clark) Philo, lifelong resident of Cadillac died peacefully in her sleep in the early morning hours of Saturday, November 16, 2013 at her home. She was 63. Mother,Wife, Daughter, Sister, Aunt, Friend. She was all of these and much more. A sweet, kind, spirited, gentle soul has left us and will be remembered forevermore by her daughter, Kerry and Son-In-Law, Peter Farbish, her sonsÃ¢â‚¬â€ Dennis and Patrick, her husband, Tim Philo, of Cadillac, her grandchildren--Nathan and Katie Farbish, her brothers,--Ron (Mary) Neihardt, Gary (Sharon) Clark, Dennis (Nancy) Clark, Robert (Cindy) Clark and David (Mary) Clark and many nieces and nephews. Juanita attended Lincoln Elementary and Cadillac High School. She graduated in 1968, married Joseph Phillips soon after and gave birth to Kerry in 1969. Juanita was remarried to Timothy D. Philo in 1978 and they gave birth to Dennis and Patrick in 1979. Juanita and Tim were happily married for 35 years and together they raised children, traveled, gardened, shopped for antiques, and kept each other company. Juanita was in the workforce for some time, but mostly devoted her energies to her children and supported Tim in his career at CMI Cast Parts. She was a devoted advocate for her son Patrick, who suffers from Cerebral Palsy. Juanita savored life and for her, family was very important. She had a sharp wit and a Down to Earth style that others enjoyed. Her parents, now deceased, were Joseph and Freida Clark. She also enjoyed a 25-year friendship with Bill W. Funeral services will be held for Juanita Philo at 11a.m. on Wednesday, November 20, 2013 at the Peterson Funeral Home in Cadillac. Friends may meet the family during the evening on Tuesday, November 19 from 6-8p.m. at the Funeral Home. Burial will be at South Boardman Cemetery in Kalkaska County. Memorial contributions may be made to the Salvation Army. An online guestbook is available at www.petersonfh.com.

Juanita Kay (Clark) Philo, lifelong resident of Cadillac died peacefully in her sleep in the early morning hours of Saturday, November 16, 2013 at her home. She was 63. Mother,Wife, Daughter, Sister, Aunt, Friend. She was all of these and... View Obituary & Service Information

The family of Juanita Kay (Clark) Philo created this Life Tributes page to make it easy to share your memories.