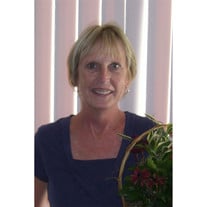 Karen Ruth (Bouwma) Elenbaas of Cadillac and Scottsdale, AZ died from complications of pancreatic cancer on Monday, March 5, 2012. She was 63. Mrs. Elenbaas was born August 26, 1948, to Alfred and Ruth (VanderVlugt) Bouwma. She married Gary Elenbaas on November 26, 1971 in the Cadillac United Methodist Church. Mrs. Elenbaas graduated from Cadillac High School in 1966 as valedictorian of her class. While in high school she worked as a bookkeeper and teller at The Cadillac State Bank. She also served as the Sunday School Pianist for the Cadillac Wesleyan Methodist Church. She graduated with honors from Central Michigan University where she received her bachelors and masters degrees. She was a business teacher and taught one year at Hill-McCloy High School in Montrose, Michigan, one year at Northern Michigan Christian High School in McBain, and 30 years at Cadillac High School. She also worked with her husband in his construction business doing the bookwork and helping design the interiors of the homes he built and remodeled. She was a member of the Cadillac United Methodist Church where she worked on a part-time basis after retirement. She served as a Church Financial Counter for over 20 years. Since 2005, she and her husband wintered in Scottsdale, Arizona and attended the North Scottsdale United Methodist Church. Mrs. Elenbaas admired her husband\'s craftsmanship. She was a proud and loving mother for their two children. She started playing tennis at Diggin\'s tennis courts as a young girl and at the age of 16 was the female tennis Champion for her age group in the Cadillac Tennis Tournament. She continued to play tennis for another 40 years. She enjoyed going for walks, exercising in the pool, doing Sudoku puzzles, attending and watching sporting events, and most of all, spending time with her family. Survivors include her husband and best friend Gary Elenbaas; children Jon (Natale) Elenbaas of Hudsonville and Kari Elenbaas (Mike Topolewski) of Royal Oak; brother Jim Bouwma of Cadillac; brother-in-law Ron (Judy) Elenbaas of Yorba Linda, California; niece Laurie Elenbaas of Anaheim, California; nephew Tim (Lisa) Elenbaas of Perris, California; and aunts, uncles, cousins and friends. She was preceded in death by her parents, Alfred Bouwma in 1999 and Ruth Bouwma in 2009. A memorial service will be held on Saturday, March 10, at the United Methodist Church of Cadillac at 2:00 p.m. with Parish Assistant Judy Coffey officiating. Friends may meet the family from 5:00 to 8:00 p.m. on Thursday, March 8 at the Peterson Funeral Home in Cadillac. According to her wishes, cremation has taken place. Memorial contributions may be made to the United Methodist Church of Cadillac or Mercy Hospice of Cadillac. An online guestbook is available at www.petersonfh.com.

The family of Karen Ruth (Bouwma) Elenbaas created this Life Tributes page to make it easy to share your memories.