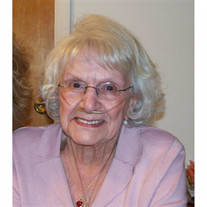 Madelyn A. (Greenfield) Arbogast of Cadillac passed away Wednesday, March 6, 2013 at Mercy Hospital in Cadillac. She was 88. She was born on July 25, 1924 in Newton Falls, Ohio to Peter J. & Julia J. (Sobor) Weidig and they preceded her in death. She graduated from St. Mary's High School in Monroe, Michigan. On September 25, 1942 in Pensacola, Florida she married Wendall G. Greenfield and he preceded her in death in November of 1976. Madelyn went to work for the Michigan Employment Security commission in Ann Arbor and worked there until 1961 when she moved to Houghton Lake. She later moved to Cadillac and worked at Mercy Hospital for many years and then went back to work at the M.E.S.C. office in Cadillac and retired after over 30 years of service. After her retirement she was a claims advocate for the M.E.S.C. Madelyn was a member of St. Ann Catholic Church in Cadillac and the Naomi Ruth Circle there. She also had served on the planning Board for the City of Cadillac for many years. Mrs. Arbogast enjoyed knitting, crocheting, playing euchre, but most of all being with her family. On November 5, 1978 in Las Vegas she married Edward F. Arbogast and he survives her along with her children: Greg Greenfield of Schoolcraft, Steve Greenfield of Cadillac, Ann (Richard) Clous of Cadillac, Karen Greenfield Gregg of Cadillac, Wendy (Michael) Sharkey of Schoolcraft, and Holly (Michael) Smith of Gladwin; step-daughter, Lynn (Tim) Fletcher of Wana, WV; 17 grandchildren; 20 great grandchildren; and 1 great-great grandchild. In addition to her parents and her first husband she was preceded in death by a son, Lee Greenfield in 2010 and 2 brothers, James and Tom Weidig. A Memorial Mass will be held 11:00 AM Monday, March 11, 2013 at St. Ann Catholic Church in Cadillac with Msgr. Francis J. Murphy as celebrant. Friends may meet the family from 4-6 PM Sunday at the Peterson Funeral Home in Cadillac and from 10:00 AM until 11:00 Am at the church. The Rosary will be prayed at 5:45 PM Sunday at the Funeral Home. Memorial contributions may be made to St. Ann Catholic Church or American Lung Association. An online guestbook is available at www.petersonfh.com.

Madelyn A. (Greenfield) Arbogast of Cadillac passed away Wednesday, March 6, 2013 at Mercy Hospital in Cadillac. She was 88. She was born on July 25, 1924 in Newton Falls, Ohio to Peter J. & Julia J. (Sobor) Weidig and they preceded her in death. She... View Obituary & Service Information

The family of Madelyn A. (Greenfield) Arbogast created this Life Tributes page to make it easy to share your memories.

Madelyn A. (Greenfield) Arbogast of Cadillac passed away Wednesday,...