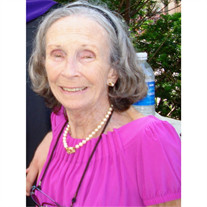 Patricia Julia "PatÃ¢â‚¬Â Lakin of Cadillac passed away Sunday evening, June 30, 2013 at her home surrounded by her loving family. She was 81. She was born November 20, 1931 in Detroit to William and Lucille (Tremberth) Dwyer. Pat attended the Detroit Public Schools, graduating from Southeastern High School and then graduating from Detroit Business College. On August 25, 1951 in Detroit she married Donald Harvey Lakin. The family began to spend their summers in Cadillac in 1970. Dr. and Mrs. Lakin made Cadillac their full time home in 1985. She was an active member of the United Methodist Church in Cadillac and a past member and former chairperson for the Cadillac Area Council of the Arts. She also helped establish Jazz in the Park. Along with her husband, Mrs. Lakin was a key supporter of the Cadillac Area YMCA. Pat, along with her husband, Don, and Mary and Tom Dillon were named Philanthropists of the Year in 2011 by the Cadillac Area Community Foundation. Pat is survived by her husband of nearly 62 years, their children: Bill (Jean) Lakin of Clinton Township, Cindy (Mark) Morley of Midland, Shawn (Barb) Lewis-Lakin of Royal Oak, Kim Clark and Jennifer Clark both of Cadillac; son in law, John Smith of Cadillac; 12 grandchildren: Jake Smith, Sean Smith, Dan Smith, Jeff Lakin, Scott Lakin, Matthew Morley, Alyssa Morley, Peter Menna, Abby Lewis-Lakin, Kate Lewis-Lakin, William Clark, and Noah Clark and one great granddaughter, Sasha Menna. She was preceded in death by her parents, a daughter, Candy Lakin in 2011 and a great granddaughter, Lillian Morley in 2013. Memorial services will be held 11:00 a.m. Saturday, July 6, 2013 at the United Methodist Church in Cadillac (1020 E. Division Street) with Reverend Tom Ball and Parish Assistant Judy Coffey officiating. Friends may meet the family at church Friday from 6:00-8:00 p.m. and Saturday from 9:30- 10:30 a.m. prior to the service. Memorial contributions may be made to the Cadillac Area YMCA or the Cadillac United Methodist Church Head Start Reading Program. Arrangements were made by the Peterson Funeral Home in Cadillac. An online guestbook is available at www.petersonfh.com.

Patricia Julia "PatÃ¢â‚¬Â Lakin of Cadillac passed away Sunday evening, June 30, 2013 at her home surrounded by her loving family. She was 81. She was born November 20, 1931 in Detroit to William and Lucille (Tremberth) Dwyer. Pat attended... View Obituary & Service Information

The family of Patricia Julia "Pat" Lakin created this Life Tributes page to make it easy to share your memories.