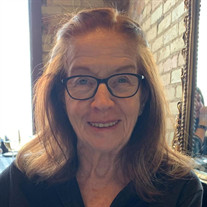 Rosemary Agnes Pranger of Cadillac walked into the arms of Jesus at the home of her granddaughter surrounded by close family on March 5, 2022. She was 92. Rosemary was born December 27, 1929 to Casper and Kathleen (Flood) Tillman in Spokane, Washington. Rosemary was raised by her maternal grandparents, William and Munie Flood until the age of 12. She attended Sacred Heart School of Nursing where she earned a degree as a Registered Nurse in 1952. On September 30, 1952 in Cheyenne, Wyoming she married the love of her life Robert J. Pranger to whom she was married nearly 65 years. In 1956 Rosemary and Bob moved to Cadillac where she was employed at Mercy Hospital. In 1958 the family moved to Edmore, Michigan where they owned and operated a floral shop and greenhouse. The family returned to Cadillac in 1964 where Rosemary would return to Mercy Hospital Pediatrics. Since pediatrics was her love in nursing she was often called up for ambulance transfer runs with children and considered it an honor. After 31 years in pediatric care she retired in 1994. Rosemary was an exceptional wife, mother and friend. She instilled into her children, grandchildren and great grandchildren the joy of holiday celebrations with family, baking, cooking, reading, gardening and sewing. She often shared her love language of baked goods with The Shepherd's Table, family, friends and strangers. For many years her seamstress skills blessed many young girls who received one of her dolls through the Old Kent Bank doll contest. Rosemary and Bob enjoyed the holidays together and decorating the house which earned them some winning plaques during the Christmas season and handing out toothbrushes at Halloween for over 40 years. They enjoyed quietly giving back to the community together through the years. Rosemary will be greatly missed by her children, Shannon (Jim) Petaja of Williamsburg, Kelley (Mike) Hamlet of Lake Ann, Dr. Rory Pranger (Joyce Kopp)of Chicago, Shaunne (Alton) Solem of Traverse City and Shane Pranger of Grand Rapids; grandchildren: Andrea (Brian), Meaghan (Adam), Shea, Casper (Jess), Tec (Chelsea), Piper (Doug), McKrai, Teague (Nathan) and Rory (Kelsey); 14 great grandchildren, her loving dog and companion, Winston and cousin, Jack Shannon of Everette, Washington. Rosemary was reunited with her husband, Robert, her parents, Casper and Kathleen Tillman, sister, Eileen and grandparents, Munie and William “Dad” Flood. After her retirement she spent her time caring for her family and her loving dog, Winston. Nothing brought her more joy than time spent around the table with family and friends. She was blessed with many friends who would call or come by for that cup of coffee or bowl of ice cream at her table. The family will be having a private memorial service in the spring. Her final resting place will be Maple Hill Cemetery in Cadillac. In honor of Rosemary, donations may be made to the Cadillac Area Backpack Program. An online guestbook is available at www.petersonfh.com.

Rosemary Agnes Pranger of Cadillac walked into the arms of Jesus at the home of her granddaughter surrounded by close family on March 5, 2022. She was 92. Rosemary was born December 27, 1929 to Casper and Kathleen (Flood) Tillman in Spokane,... View Obituary & Service Information

The family of Rosemary Agnes Pranger created this Life Tributes page to make it easy to share your memories.

Rosemary Agnes Pranger of Cadillac walked into the arms of Jesus...

Send flowers to the Pranger family.