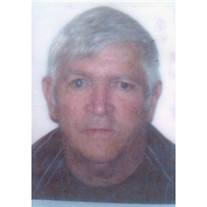 Russell A. Payne of Cadillac died early Saturday morning August 13, 2011at his home. He was 61. He was born in Manistee on September 3, 1949 to Raymond â€œBillâ€ and Rosemary J. (Ozdech) Payne and they preceded him in death. Russ was co-owner/manager of the Phillip 66 Service Station in Cadillac. He the worked for Dean\'s Used Auto Parts for seven years and had been a tow truck operator for Peterson\'s Towing for 22 years and from 2004 until the present he was a truck driver for T.J.\'s Trucking in Cadillac. Russ had also served as an Auxiliary Police Officer for the City of Cadillac. His favorite past time was spending time with family and grandchildren. He was best known as â€œSuper Dadâ€ , â€œSuper Grandpaâ€ , â€œSuper Husbandâ€ and â€œSuper Manâ€ . His life long motto was: â€œGive, Take, and Communicateâ€ . He also enjoyed sailing, fishing, canoeing and kayaking. On September 24, 1983 in Cadillac he married the former Diane D. Whaley and she survives him along with three sons: Kenneth (Christie) Payne of Tustin, Robert (Mari) Fuzi of New Mexico, and Rod (Tammy) Payne of Cadillac; grandchildren: Paul Hoving of Rockford, Ember Lhamon of Kingsley, Alexis Dahlstrom of Cadillac, Makayla Fuzi of North Carolina, Brooke Shackleton of New Mexico, Kayci Pulaskey of New Mexico, Kennedy Payne of Tustin, Michael Payne of Tustin, and Rachael Payne of Jackson; brothers: Chuck (Kathy) Payne of Cadillac and Tim (Barb) Payne of Traverse City; sisters: Mary (Ken) Blackman of Cadillac, Barb (Mark) Fuzi of Gaylord, and Julie (Pat) Cronkhite of Tennessee; mother-in-law, Donna Whaley of Tustin; father-in-law, Bob Fortlage to Tustin; sister and brother-in-laws: Deb (Ed) Lewis of Texas and Dan (Rose) Whaley of Cadillac and many nieces and nephews. In addition to his parents he was preceded in death by a brother, Jimmy Payne and a son, Paul G. Fuzi. A tribute to his life will be held 4:00 PM Saturday, September 3, 2011 at Hodgson Park (47 Road) in Cadillac. Memorial contributions may be made to Mercy Hospice or to the Family. An online guestbook is available at www.petersonfh.com

Russell A. Payne of Cadillac died early Saturday morning August 13, 2011at his home. He was 61. He was born in Manistee on September 3, 1949 to Raymond â€œBillâ€ and Rosemary J. (Ozdech) Payne and they preceded him in death. Russ was co-owner/manager... View Obituary & Service Information

The family of Russell A. Payne created this Life Tributes page to make it easy to share your memories.

Send flowers to the Payne family.