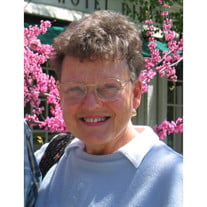 Shirley J. (Henwood) Smith of Cadillac passed away Monday morning, June 9, 2014 at Green Acres Retirement Living in Cadillac. She was 87. She was born on September 7, 1926 in Ironwood, Michigan to Willard "BillÃ¢â‚¬Â & Helena "LenaÃ¢â‚¬Â (Parker) Henwood. On June 4, 1949 in Cadillac she married Norman J. Smith and he preceded her in death on January 13, 2005. Mrs. Smith was a member of the Cadillac Country Club, Cadillac Philharmonic Club and several clubs in Florida where she and her husband spent their winters. She was a member of the First Presbyterian Church in Cadillac and Lakeland, Florida where she was a member of the choir and had been involved in music all her life. Shirley enjoyed bowling and was in the Bowling Hall of Fame and was an avid baker making several desserts for the Hillcrest Restaurant which she and her husband built, owned and operated. Prior to the Hillcrest she and her husband owned and operated Elm Rest (currently Thirsty's) and were the ones that brought in the first rescue bear cubs for people to see and Shirley made the homemade Ice Cream. After owning and operating Elm Rest and the Hillcrest for many years Norm and Shirley moved on to build and operate the Country Acres Mobile Home Park in Cadillac. Later they developed Lakewood on the Green golf course and residential subdivision and it was in the family for many years. Survivors include her children: Pete Smith, Kris (Regan) O'Neill and Jan Hodges all of Cadillac; grandchildren: Alex & Maggie Smith, Kyle (Allison) O'Neill, Devin O'Neill, and Adam and Aaron Hodges; 1 great granddaughter, Adelaide O'Neill; 2 sisters, Lorraine Brooks and Pat (Bill) Smrekar all of Cadillac; many nieces and nephews. In addition to her parents and husband she was preceded in death by an infant sister and a son-in-law, Mike Hodges. The Family would like to sincerely thank the loving and caring staff at Green Acres Retirement Living as well as Hospice of Michigan. Memorial services will be held 4:00 PM Monday, July 7, 2014 at the First Presbyterian Church in Cadillac with Reverend Paul Tomlinson officiating. Friends may meet the family from 3:00 PM until time of services at the church. Her final resting place will be Maple Hill Cemetery in Cadillac. In lieu of flowers memorial contributions may be made to Hospice of Michigan, First Presbyterian Church or to the American Diabetes Association. An online guestbook is available at www.petersonfh.com.

The family of Shirley J. (Henwood) Smith created this Life Tributes page to make it easy to share your memories.