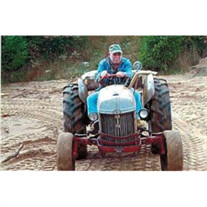 Wilbert \"Whip\" Koetje, age 88 of Marion, went home to be with the Lord on Tuesday, Nov. 29, 2011, at Autumnwood of McBain. He was born on Dec. 28, 1922, in Highland Township, Osceola County, to Cornelius and Anna (Dick) Koetje. He married Pearl Bode on Nov. 7, 1947, at the Lucas Christian Reformed Church. Wilbert worked in construction up until 1990 for Cadillac Construction, Bill Dracht Construction, and Peter Schierbeek Construction. After 1990, he worked at Sears in Cadillac. He served in the U.S. Navy during World War II in the Asiatic Pacific Area and was aboard a ship that sunk during the war. He was a member of Highland Christian Reformed Church, where he had served as elder and deacon and Sunday school teacher. He also supervised the construction of the north addition to the church. He enjoyed riding his Ford 8N tractor and John Deere gator around the county, golfing, photography, deer hunting, wood working in his shop, picking mushrooms and going for coffee with friends. He is survived by his wife, Pearl Koetje of Marion; children, Michael (Christina) Koetje of Vashon, Wa., Charles Koetje and special friend Mary Schierbeek of McBain, Gayla (Joe) Hoekwater of Zeeland; eight grandchildren, Amy Koetje, Rebecca (Scott) Voelker, Charley (Jamie) Koetje, Nathan (Nikki) Koetje, Aaron Koetje and friend KayCee Kraeger, Jenny (Tom) Hoort, Kerri (Rick) VanVorp, Andrea (Todd) Nieto, and seven great-grandchildren; brother, Casper (Nella Mae) Dick of Grand Rapids; in-laws, Jay Bode and Jean Bode of Wyoming, and Harold (Helen) Bode of Kentwood. He was preceded in death by his parents, daughter-in-law Nancy Joy Koetje, and many brothers-in-law and sisters-in-law. Funeral services will be 11 a.m. Friday, Dec. 2, 2011, at the Highland Christian Reformed Church with the Rev. Keith Mannes officiating. Burial will be at Highland Hillside Cemetery in Osceola County. Visitation will be at the church from 2 to 4 and 7 to 9 p.m. Thursday and one hour prior to services on Friday (9034 23 Mile Rd., Marion Mi.) Memorial contributions can be made to the Church or Northern Michigan Christian School. An online guestbook is available at www.petersonfh.com. Funeral arrangements were made by the Burkholder Funeral Home in McBain. Military graveside services will be provided by the Cadillac Area Honor Guard.

The family of Wilbert "Whip" Koetje created this Life Tributes page to make it easy to share your memories.

Send flowers to the Koetje family.