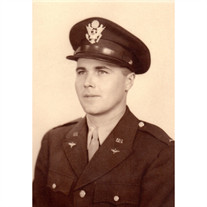 William Edward Pitts died Tuesday, October 8, 2013 at his home in Cadillac. He was 98 years old. Pitts was born in Mendon, Michigan on August 25, 1915. He grew up in Centerville, Michigan, the eldest of three sons of Geneveive Marantette and Arley Pitts, both of whose families had long settled in Southern Michigan. Growing up in a small town, Pitts developed a love for "the fields, forests and farmsÃ¢â‚¬Â of Michigan, an affection that continued through his life. Pitts graduated, with high honors, from Michigan State College (now University) in 1938. He was a member of the Farmhouse Fraternity and Xi Sigma Pi, the Forestry Society. During summers at college Pitts worked for the U.S. Forest Service, making maps and fighting forest fires in Idaho. After graduation, Pitts joined the Michigan Department of Forestry. He worked on the reforestation of Northwest Michigan. Many of the stands of pines seen along Northwest Michigan roads today are the results of his work. In 1957 he became a Registered Forester in the State of Michigan's Board of Registration for Foresters. Pitts married Ruth Marion Paxson from Dowagiac, Michigan, on August 16, 1941. As newlyweds, they moved to Cadillac, living in a cottage near Lake Mitchell, while Pitts continued his work for the Department of Forestry. Pitts answered his country's call in 1942, volunteering for the Army Air Corps. He was deployed overseas in 1943, serving as a part of the 13th Air Force in China, Burma, India theatre. He served as communications officer for the 528th fighter squadron, a part of the fabled Flying Tigers. In the course of his wartime service he "flew the humpÃ¢â‚¬Â from Northern Burma, up over the Himalayan Mountains into Southern China. His decorations included the Asiatic Pacific Ribbon with three bronze stars. After his return, he continued his service in the U.S. Air Force reserve, retiring in 1975 as a Lt. Colonel. Pitts joined the Soil Conservation Service of the U.S. Department of Agriculture in 1948. He moved, with his family, back to Cadillac in 1950. He served as Soil Conservationist for Wexford and Missaukee counties until his retirement in 1975. Pitts was a long time member of the Congregational Church and the Cadillac Club. He served on the board of the Housing Commission. Pitts is survived by Ruth, his wife of 72 years; two sons, William and Eric; daughter in laws, Dana and Mary; eight grandchildren and eight great grandchildren. In accordance with his wishes cremation has taken place and no services will be held at this time. Arrangements were made by the Peterson Funeral Home in Cadillac. An online guestbook is available at www.petersonfh.com.

William Edward Pitts died Tuesday, October 8, 2013 at his home in Cadillac. He was 98 years old. Pitts was born in Mendon, Michigan on August 25, 1915. He grew up in Centerville, Michigan, the eldest of three sons of Geneveive Marantette and... View Obituary & Service Information

The family of William Edward Pitts created this Life Tributes page to make it easy to share your memories.

Send flowers to the Pitts family.